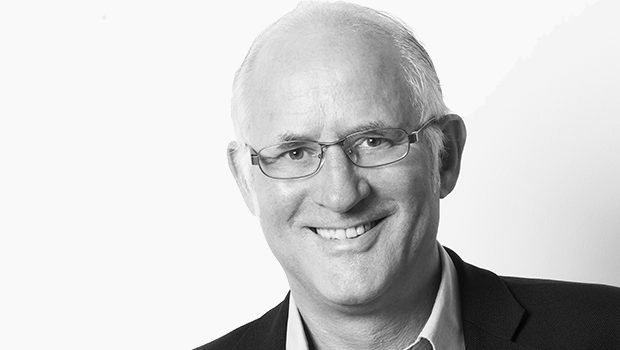 Welcome to the very first BESIG Meet a Member interview. One BESIG member will be interviewed every 2 weeks and you readers will get the chance to discover more about the lives, experiences and perspectives of your fellow BESIG members. Our first interviewee is longstanding BESIG member and ex-joint coordinator, Ian McMaster. Read on to find out how Ian went from studying economics to the world of publishing and why he’d always advise you to bring your passport to a BESIG conference!

What initially drew you to business English?

I moved from London to Munich (where I still live) in 1989 at the age of 30. Shortly afterwards, I did my teaching certificate in Budapest and then started working as an English teacher at the adult education institute (Volkshochschule) in Munich where Almut Koester was the director of studies. I also worked at International House, whose biggest client at the time was BMW, and at various other private language schools and the British Council.

So that’s when got I first got involved with business English — or “English at work” as I prefer to call it. I suddenly realized what a wide range of jobs there were — technical, administrative, medical, financial etc. — where people needed to be able to communicate well in English in order to do their jobs effectively. And maybe because I studied economics in England, I felt comfortable working with the business world.

How have you been involved with BESIG?

My first conference was in 1997 in Reutlingen in Germany, where I remember Michael Lewis — who sadly died in March — giving a very stimulating talk about the lexical approach. I also met Steve Flinders there, the start of a long friendship that led to Steve writing the cover story (“Is your business English good enough?”) for the first issue of Business Spotlight in March 2001.

Since 1997, I have been to all but two of the BESIG annual conferences and have regularly given talks and workshops, taken part in panel discussions, and held webinars.

Tell us about one of your favourite BESIG memories!

I’ll never forget arriving in Monaco for the 2005 conference. The conference hotel was directly on the harbour, and when I checked in the lady looked up with a big smile on her face and said, “Wow, you do have a good room!”. It was a corner room on the top floor looking out over the harbour into the sunshine. I still have no idea what I had done to deserve that room — I wasn’t even on the committee. Unlike some people, however, I didn’t fly from Monaco to the airport in Nice by helicopter! And unfortunately, I wasn’t able to join my colleagues in the Monte Carlo casino because I had forgotten my passport and they wouldn’t let me in. While my colleagues were inside, I was in the café opposite playing a slot machine. So I guess I can say that I’ve gambled in Monte Carlo!

How and why did you get into publishing?

Before I moved to Munich in 1989, I was working in London as a press officer for a lobby group for people with disabilities. One of my tasks was writing articles for national newspapers and magazines and doing radio interviews for the BBC and local stations around Britain. I was also doing some freelance writing on economics for a marketing magazine.

When I arrived in Munich, as well as teaching, I worked as a freelancer for the magazine Munich Found, which was aimed at the English-speaking community. My column (“Red Tape Unwound”) involved explaining the German bureaucracy — the social insurance system, tax system, legal matters and so on — to people who, like myself, had moved to Munich. Then in 1992, I applied on spec to the general English magazine Spotlight, and six months later got my first job as an employed journalist as, in effect, the magazine’s business editor.

How has your role as an editor-in-chief changed and developed since you started?

The biggest change is probably that faced by most people: there are far more things to do and not enough time to do them in. When I started as editor-in-chief of Spotlight back in 1995, we produced a magazine and an audio cassette each month, and we were working on a one-off CD-ROM. That was it.

Now, as well as the magazine Business Spotlight, there’s the exercise workbook Business Spotlight plus, audio as CD and downloads, the teaching notes, the website, blogs, special editions of the magazine, email newsletters, apps etc. etc. On the one hand, this keeps life interesting. On the other hand, it means you have to prioritize clearly and, as our author Bob Dignen emphasizes, think about which areas of work demand 100 per cent quality and which ones don’t. It’s a myth to think that you can perform at 100 per cent all the time.

What has been a challenging point in your career and how did you overcome it?

The biggest challenge was probably about five years ago when, as a result of the move to people reading things for free on the internet rather paying to read them in print, we had some budget cuts and lost some excellent members of staff at Business Spotlight. I totally disagreed with the decisions that were taken and was also in disagreement with the management about various strategic matters. It would have been easy — and was very tempting — to throw in the towel. But I’m very glad that I didn’t. Together with the remaining (fabulous) colleagues at Business Spotlight, we reorganized our way of working, set priorities and managed to come through that crisis. And we now have new management at Spotlight Publishing and are part of the ZEIT publishing group, which has been of great benefit to us.

If you could give your 22-year-old self some advice for your future career in business English, what would you say to him?

I would probably say, “chill out, don’t worry so much about decisions, things will turn out fine”. I would also recommend spending more time learning foreign languages and spending even more time on sport and exercise, an investment that really pays off in health terms. In particular, I would say, “play and watch more cricket”. In career terms, I might suggest not doing a Ph.D in economics, which I started at the age of 23 in 1982, and doing something more practical with those three years, such as working in industry. But I’m not a big fan of going back and mucking around with history or imagining what a different path might have looked like. And anyway, I’m not sure my 22-year old self would have been very open to advice from his 60-year old future self!

Thanks a lot, Ian, for a riveting interview! If you would like to be interviewed and featured on the BESIG blog, send an email to Mandy at [email protected].

Questions and editing by Mandy Welfare

MEET A MEMBER is available to IATEFL BESIG members and non-members alike but only features our current members. Another reason to join us and “BE with BESIG.”

Jasmina Sazdovska Welcome back to this week’s interview.…

Zoe Hadjianastasiou Welcome back! This week, we…

Welcome to the BESIG Blog. We have different guest bloggers and interviewees lined up who will be sharing thoughts and experiences on teaching business English from countries around the globe.

More posts
Get involved in the business of English today!
Join Now